On The HIPAA Exclusion


Someone at the Department of Health and Human Services jumped the gun earlier today on the Executive Action on the HIPAA exclusion to the states on mental health records. The screen cap below is from Google cache thanks to a post on Arfcom. It was put up and then taken down soon after posting. 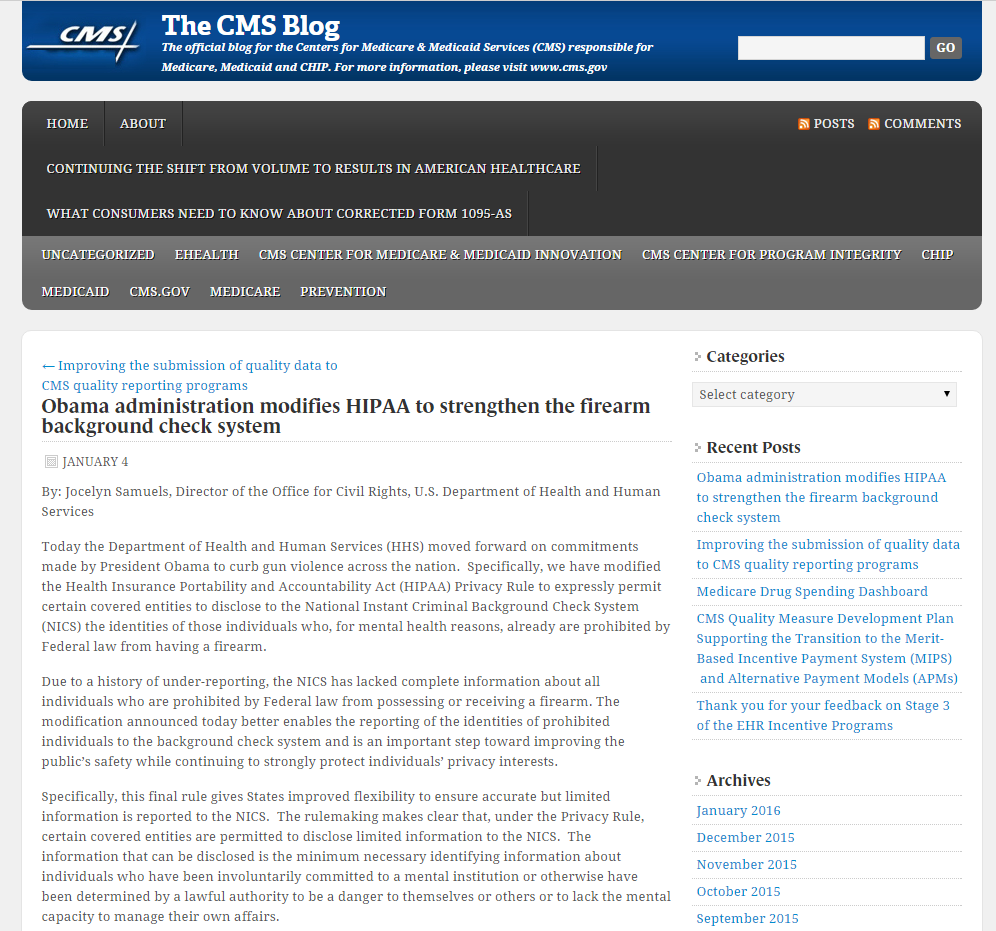 The final rule is scheduled to be published in the Federal Register on Wednesday, January 6th. The full 56 page rule is now online and can be examined here.

The rule summary states that the following are persons subject to the GCA 68 mental illness prohibition.


Among the persons subject to the Federal mental health prohibitor established under the Gun Control Act of 1968 and implementing regulations issued by the Department of Justice (DOJ) are individuals who have been involuntarily committed to a mental institution; found incompetent to stand trial or not guilty by reason of insanity; or otherwise have been determined by a court, board, commission, or other lawful authority to be a danger to themselves or others or to lack the mental capacity to contract or manage their own affairs, as a result of marked subnormal intelligence or mental illness, incompetency, condition, or disease.

This seems to me to expand the 18 U.S. Code § 922(d)(4) prohibition which only states "has been adjudicated as a mental defective or has been committed to any mental institution". Other lawful authority is very broad and does not seem to take due process into account. If they are indeed expanding the legal definition, I fully expect that this will be challenged in the courts as it well should. While no one wants a truly mentally ill or defective person to have a firearm, this is a real slippery slope in my opinion.
John Richardson at 8:49 PM